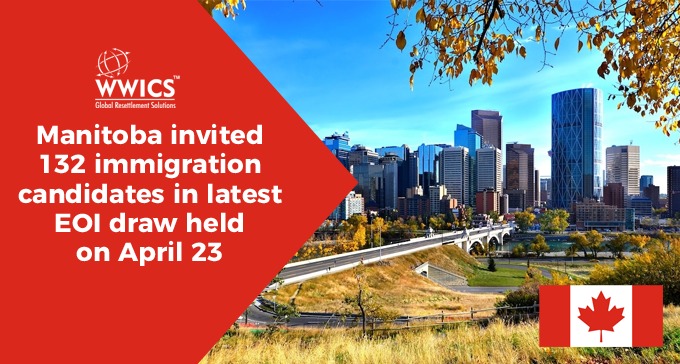 Express Entry candidates among those who received invites

In its latest Expression of interest (EOI) draw that was conducted on April 23, the province of Manitoba issued a total 132 Invitations to apply (ITAs) for a provincial nomination for Canadian permanent residence to immigration candidates.

Among the 132 LAAs issued in the April 23 draw, 7 went to candidates with a valid profile in the federal Express Entry system and job seeker validation code.

The Manitoba Provincial Nominee Program (MPNP) is one of the most popular Canadian Provincial Nominee Programs (PNPs). It allows the province to nominate qualified foreign workers and international graduates of its post-secondary institutions for Canadian permanent residence through three popular immigration pathways – Skilled Worker in Manitoba, Skilled Worker Overseas and International Education Stream.

Express Entry candidates with a provincial nomination get an additional 600 points toward their overall Comprehensive Ranking System (CRS) score, which effectively guarantees them an ITA in a subsequent Express Entry draw.

The MPNP has issued 1,808 LAAs to immigration candidates in these categories so far this year.