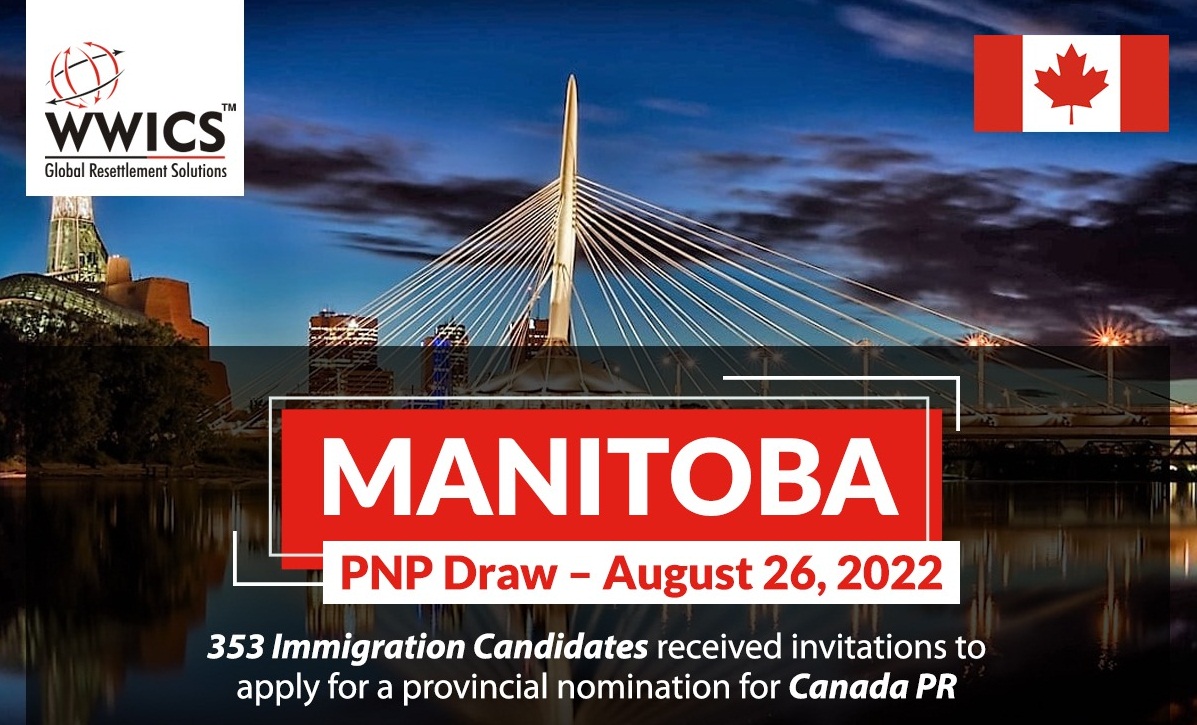 The Canadian province of Manitoba invited 353 immigration candidates to apply for a provincial nomination for Canada PR on August 26, 2022.

As usual, most of the LAAs (259) were sent to Skilled Workers in Manitoba category with a minimum Expression of interest (EOI) score of 619. A total of 58 invitations were issued to Skilled Workers Overseas applicants and 36 went under International Education Stream of MPNP.

Out of total 353 LAAs issued, 79 were issued to immigration candidates with valid Express Entry profiles. If invited Express Entry candidates successfully receive a provincial nomination from MPNP, they will automatically get 600 points added to their Comprehensive Ranking System (CRS) score.

In order to qualify to apply under MPNP, immigration candidates need to score at least 60 points according to the MPNP’s assessment criteria. They also need a connection to Manitoba such as a close relative or a family member, who is a permanent resident of Canada; previous employment or studies in the province.