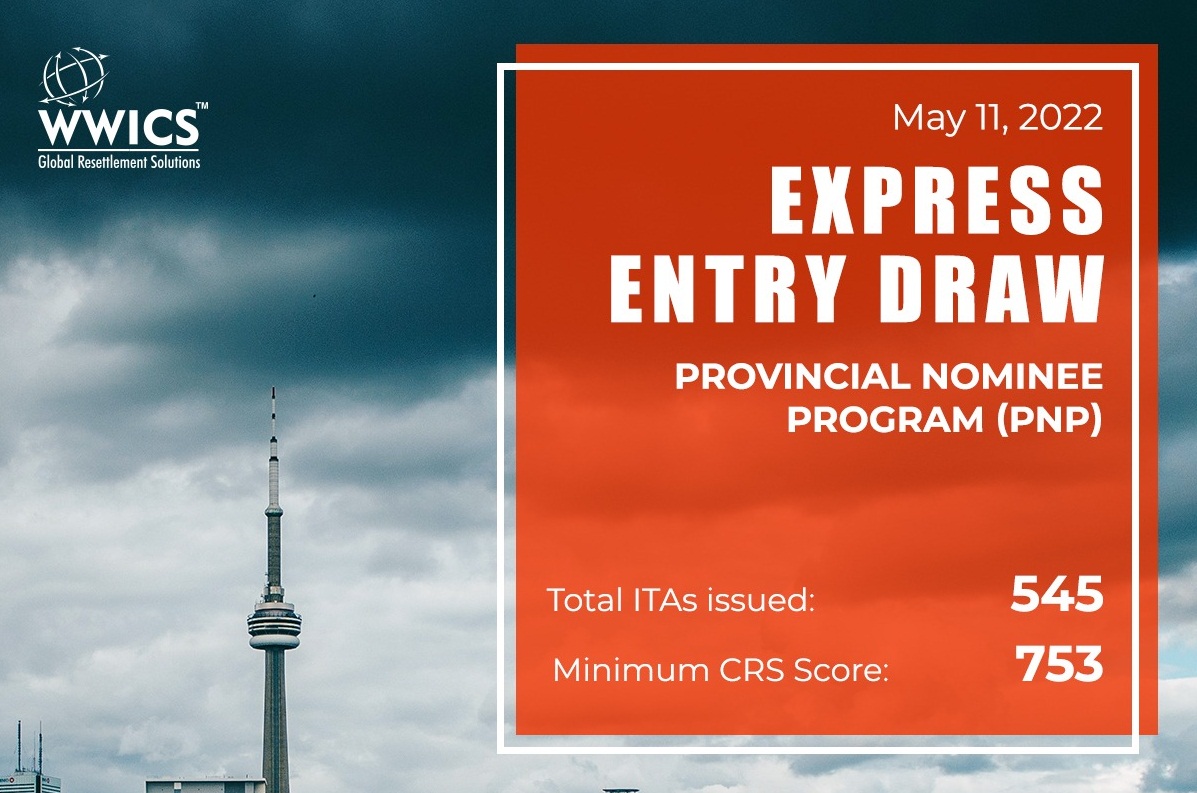 Canada invited another 545 Express Entry candidates, who had previously received a nomination from a Provincial Nominee Program (PNP) to apply for permanent residency in a new invitation round held on May 11, 2022.

The Comprehensive Ranking System (CRS) score cut-off for this draw was 753. Immigration, Refugees and Citizenship Canada (IRCC) applied the tie-breaking rule and the time-stamp was set for December 15, 2021 at 20:32:57 UTC.

HOW TO IMMIGRATE TO CANADA THROUGH EXPRESS ENTRY-ALIGNED PNPS

A part of these nominations is known as ‘enhanced’ nominations and allow a province or territory to pick up candidates from the Express Entry pool and invite them to apply for a provincial nomination.

Steps to apply for the PNP through Express Entry:

Step 2: Receive a Notification of Interest (NOI) from a province or territory (upon meeting requirements)

Step 5: Get an invitation to apply (ITA) for permanent residence in an Express Entry Draw

Express Entry candidates who receive a provincial nomination by a Canadian province or territory are awarded an additional 600 points toward their CRS score, which directly increases their chances to receive an ITA for Canadian permanent residence in a subsequent Express Entry draw.

Know your chances to immigrate to Canada under Express Entry!!

To find out if you’re eligible to immigrate to Canada under Express Entry, simply complete our FREE ASSESSMENT FORM ! A member of the WWICS team will review your eligibility and contact you to discuss your options!