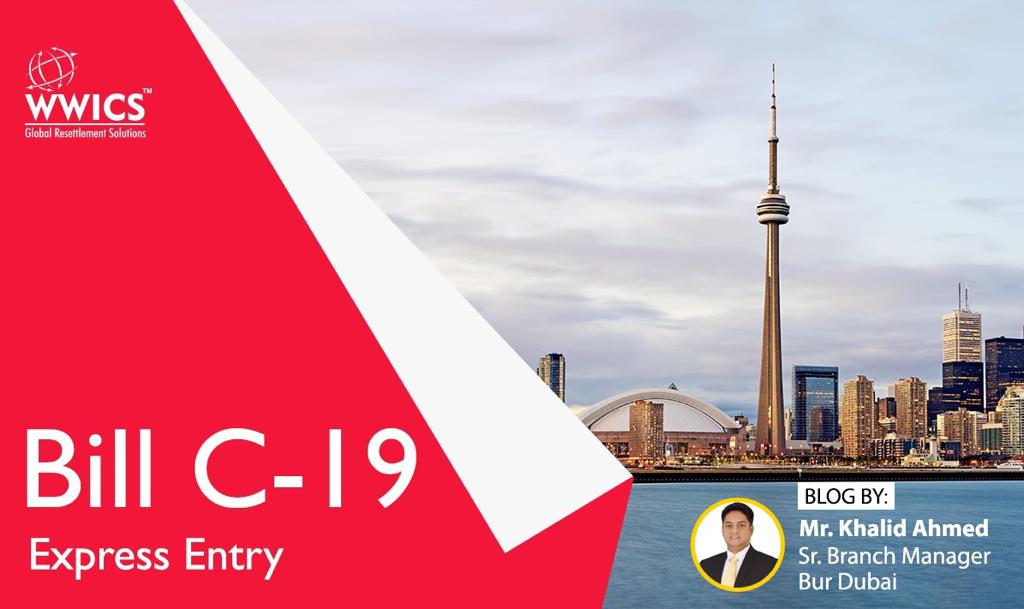 Bill C-19, which amends Title 10 of the Statutes of Canada, 2022, was given the seal of approval by the monarch.  The Bill will amend the Immigration Refugee Protection Act (IRPA), driving big changes to the current Express Entry system.

What is the bill about?

The measure, which would radically overhaul the Canadian Express Entry system that allows foreign skilled workers and temporary residents to seek permanent status in Canada, was officially passed and got royal assent on June 23, 2022. This legislation has been hotly debated by legislators and immigration experts since it was first introduced in April of this year. Since the Express Entry invitation was put on hold while the country’s immigration system dealt with large application backlogs, the topic has garnered a lot of interest.

Prior to the passing of Bill C-19, the Comprehensive Ranking System (CRS) score would choose the PR applicants in each draw, giving preference to the applicants with the highest rankings. The new law gives IRCC discretion over which Express Entry applicants are let into Canada based on economic needs. The Canadian labor market will now be given more consideration in determining the outcomes of permanent resident applications.

When the amendment was first introduced, it was immediately met with skepticism from those who worried that special interests were being favored by the change. Immigration Minister Sean Fraser addressed the issue in an interview, saying, “If I sit at my office in Ottawa and start making decisions about what regions and what sectors should benefit from this new policy I would be going down a very dangerous path.”

Full implementation of the law is anticipated in an Express Entry draw scheduled for the first quarter of 2023.

Changing the Immigration and Refugee Protection Act (IRPA) allows the Express Entry system to better meet Canada’s urgent and critical labor market needs. The current mechanism for issuing ITAs through the Express Entry program is a point-based, straightforward approach that randomly selects candidates with a CRS score over the minimum cut-off.

While many qualified people would have been able to contribute positively to Canada’s economy, the Express Entry system was inaccessible to them because of the CRS requirement’s prohibitive cost.

What does the amendment of the IRPA act entail?

Canada needs skilled people due to its record-low unemployment rate of 5.1%. This means that Canada has used up most of its trained personnel and needs more to boost revenue. The Canadian government hopes to boost the number of skilled immigrants admitted through Express Entry by passing Bill C-19. The system would actively seek and accept immigrants due to urgent economic demands. According to economic demands, the immigration minister would create priority visa categories.

Immigration, Refugees and Citizenship Canada (IRCC) has not confirmed which groupings will be chosen; they will likely be based on factors such as occupation, language abilities, work experience, education credentials, or other factors that correspond to Canada’s labour market needs.

The minister would create these high-demand categories after conferring with immigration experts, government agencies, provinces/territories, employers/businesses, employees, and immigration attorneys. Before creating new categories for foreign skilled workers, the immigration minister can get labor market data, comments, and advice.

The survey results will also help predict which industries will have workforce shortages. It’s worth noticing that the ways Canadian provinces invite skilled immigrants based on labour market requirements are quite similar to the reported Express Entry system adjustments.