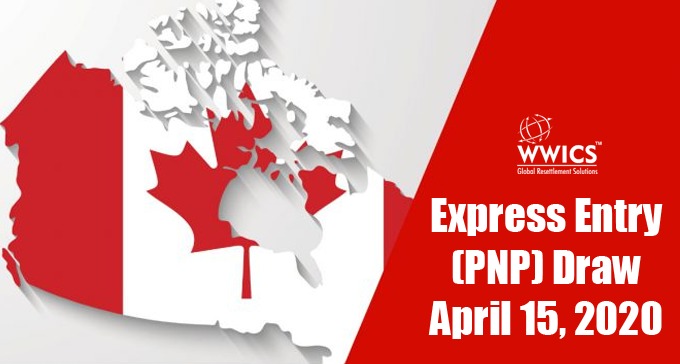 A total of 118 invitations went to Express Entry candidates with a minimum Comprehensive Ranking System (CRS) score of 808.

All these candidates had previously received nominations under Provincial Nominee Programs (PNPs). The provincial nomination awarded them an additional 600 points toward their CRS score, which means without the nomination candidate would have had a score of 208.

Immigration Refugees and Citizenship Canada (IRCC) used its tie-break rule in this draw and the time stamp used was March 18, 2020 at 10:30:55 UTC. This means that all candidates with a CRS score of 808 and above who submitted their profile before this time received an Invitation to apply (ITA) in this invitation round.

PNP is a key part of Canada’s immigration policy. Several of Canada’s PNP streams have already held more than 30 draws so far this year.

With 118 invites been sent in April 15 Express Entry draw; IRCC has now issued a total of 26,618 ITAs this year through Canada’s Express Entry system, which is more than there were on the same date last year.

Since the Government of Canada announced special coronavirus measures restricting travel on March 18, IRCC has conducted various Express Entry draws, which made it quite clear that Canada is still inviting and approving permanent residence applications. In fact, now might actually be the most opportune time to submit your application! Canada has seen a slight decrease in visa applications due to COVID-19, however, when the situation will be stabilised, IRCC is expected to have a large increase in applications. Therefore, it’s important to get into the queue as early as possible and get your visa application approved sooner rather than later.