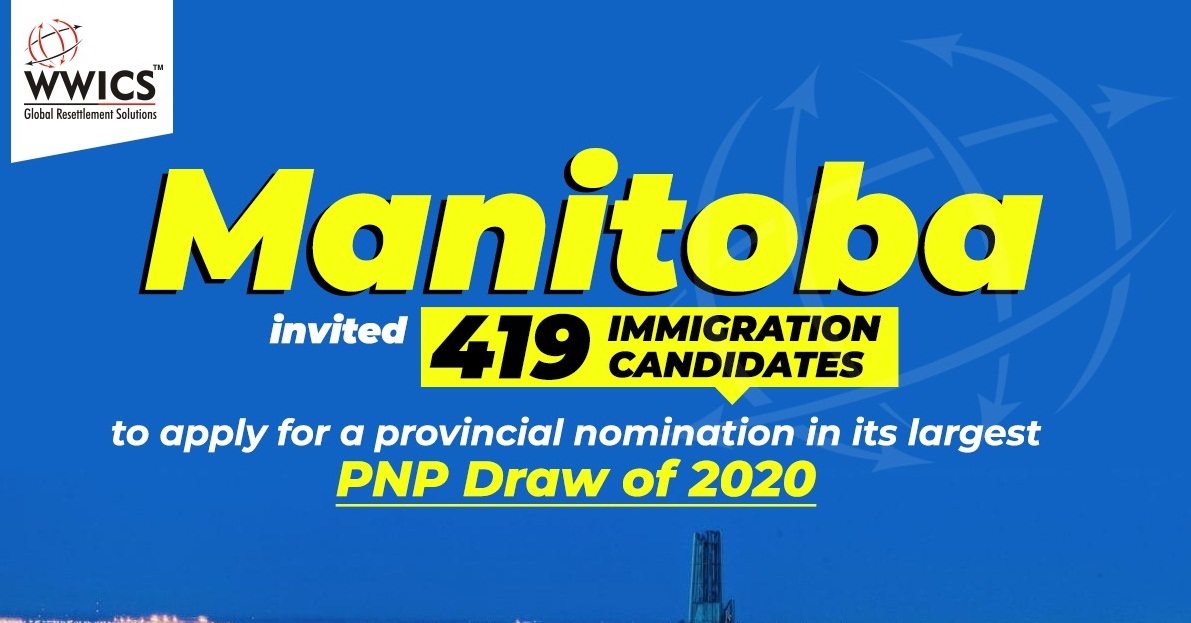 The Manitoba Provincial Nominee Program (MPNP) conducted its biggest immigration draw of the year on December 17.

Out of the total 419 invitations issued, 37 went to Express Entry candidates.

The Manitoba Provincial Nominee Program (MPNP) is one of the most popular Canadian PNPs that allows largest PNP Draw to nominate foreign workers and international graduates of its post-secondary institutions for Canadian permanent residence through its three popular immigration pathways.

These EOI profiles are scored on the Manitoba points’ grid out of a total score of 1,000 based on their human capital characteristics including their English or French language skills, work experience, education, Manitoba connections, and other factors. Candidates with the highest scores are then invited to apply for provincial nomination through regular draws conducted by the MPNP.

This draw brings the total number of LAAs issued by MPNP so far this year up to 4,888.