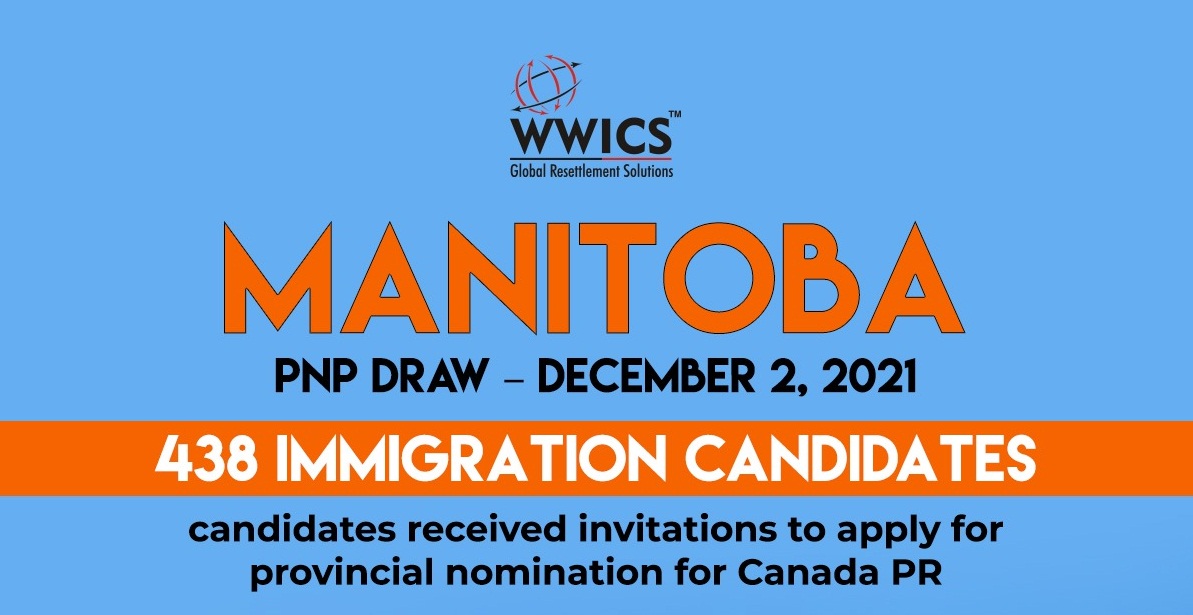 Out of total 438 invitations issued, 71 went to Express Entry Candidates.

The MPNP is one of the most popular of Canada’s Provincial Nominee Programs (PNPs). There are three major streams under the MPNP that offer foreign skilled workers a pathway to settle in Canada permanently – Skilled Workers Overseas Stream, Skilled Workers in Manitoba Stream, and International Education Stream.

These EOI profiles are then scored on the Manitoba points’ grid out of a total score of 1,000 based on their human capital characteristics including their English or French language skills, work experience, education, Manitoba connections, and other factors.

The MPNP has now issued a total of 10,437 LAAs for provincial nomination to immigration candidates so far in 2021.