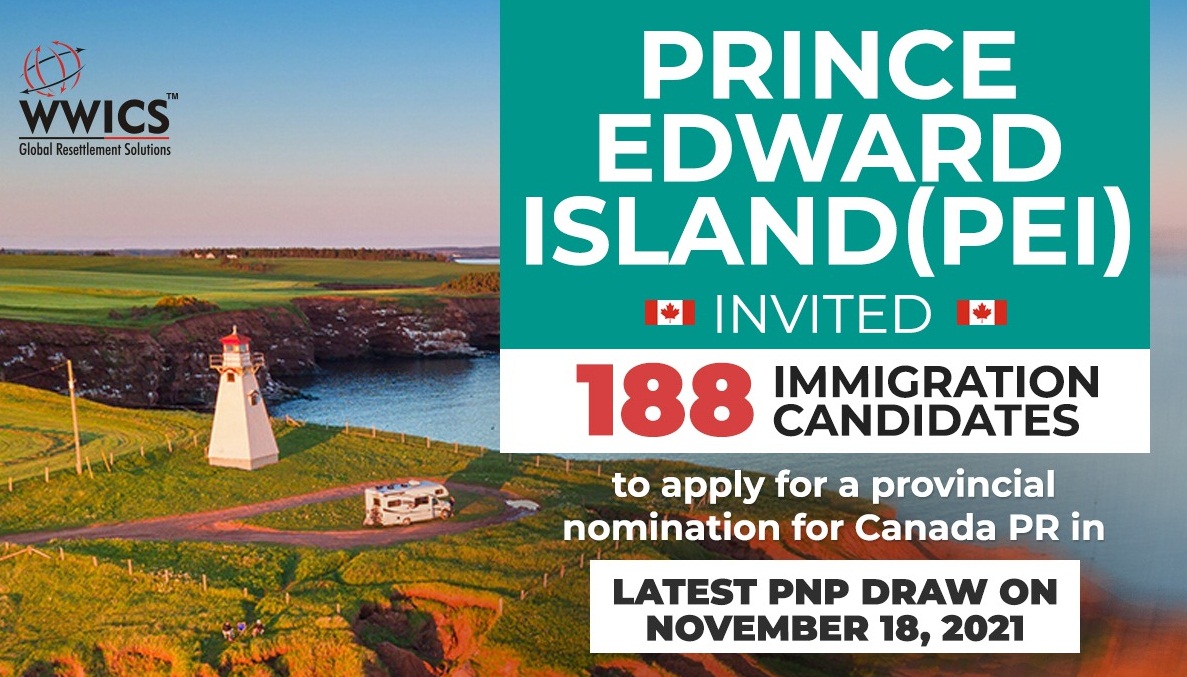 A total of 188 immigration candidates across Express Entry, Labour Impact and Business Impact streams of PEI PNP received invitations to apply for a provincial nomination for Canadian permanent residency.

PEI PNP’s Express Entry Category is for candidates with a profile in the federal Express Entry system. Express Entry candidates, who would like to be considered for a provincial nomination from the province, need to create a separate Expression of Interest (EOI) profile with the PEI PNP.

Express Entry candidates with a provincial nomination get an additional 600 point toward their overall Comprehensive Ranking System (CRS) score, which effectively guarantees them an Invitation to Apply (ITA) in a subsequent Express Entry draw.

PEI PNP’s Labour Impact Category is not aligned with the Express Entry system and is designed for foreign nationals with a valid job offer in the province and support from a PEI employer.

Candidates in this category may fall under three possible streams: Skilled Worker (in PEI and outside Canada), Critical Worker and International Graduate.

PEI PNP’s Business Impact: Work Permit Stream is for individuals interested in owning and operating a business on the island. This stream also operates on a points-based EOI system.

PEI PNP conducts one immigration invitation round every month. The total number of invitations issued so far this year by PEI is 1,729.