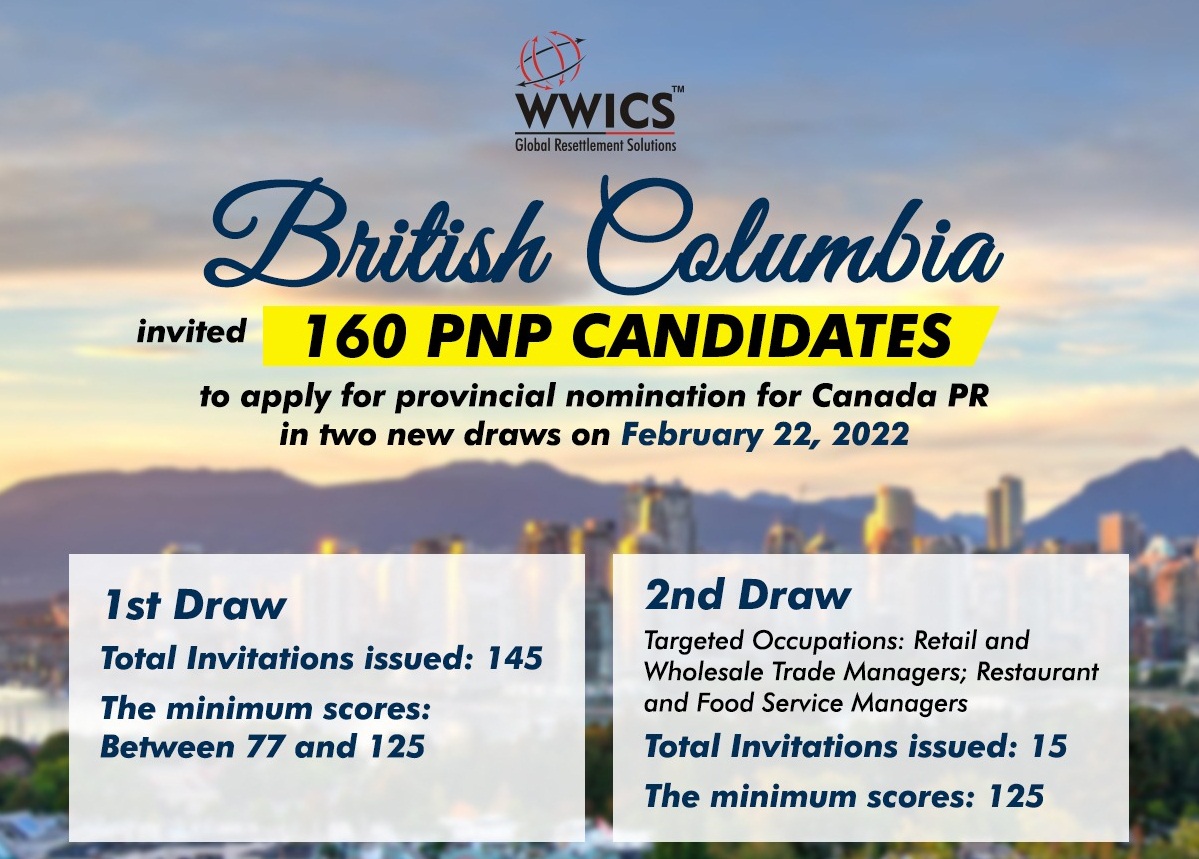 A total of 160 immigration candidates from the Skilled Worker, International Graduate as well as Entry Level and Semi-Skilled sub-categories of Skills Immigration (SI) and Express Entry BC (EEBC) streams of BC PNP received invitations to apply for a provincial nomination for Canadian Permanent Residency in these draws.

In first draw, total 145 immigration candidates received invitations. The minimum provincial score requirement for this draw ranged between 77 and 125 points depending on the immigration stream.

The second separate draw targeted Retail and Wholesale Trade Managers (NOC 0621) & Restaurant and Food Service Managers (NOC 0631).  Total 15 invitations were issued to these candidates with a minimum provincial score of 125.

The BC PNP offers a fast-track pathway for high-demand skilled foreign workers to get a provincial nomination for Canadian permanent residency and immigrate to British Columbia, Canada.

The Express Entry BC (EEBC) stream of BCPNP allows the province to search & invite qualified immigration candidates from the Federal Express Entry who have the qualifications, education and work experience.

The Skills Immigration (SI) Category of BCPNP is designed for skilled and semi-skilled workers whose occupations are in high demand in British Columbia.

BC PNP has now invited more than 1,300 candidates to apply for provincial nomination since the start of 2022.

Find out if you are eligible for Canada immigration!!

To find out if you’re eligible for immigration to Canada under BC PNP, simply complete our FREE ASSESSMENT FORM! A member of the WWICS team will review your eligibility and contact you to discuss your options to immigrate to Canada!