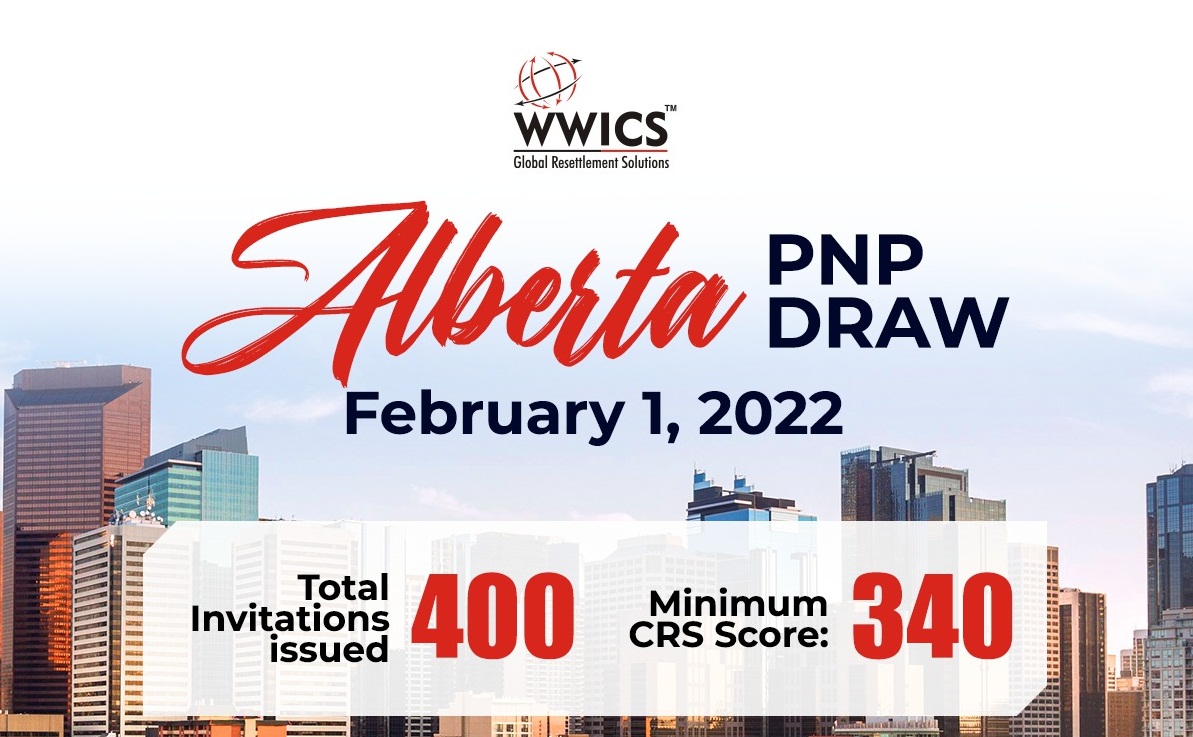 The Alberta Immigrant Nominee Program (AINP), which will now be called the Alberta Advantage Immigration Program (AAIP), released the details of its latest immigration draw held earlier this month.

Candidates needed a Comprehensive Ranking System (CRS) score of at least 340 in order to be invited in this draw.

Express Entry candidates, who successfully receive a nomination from Alberta or any Express Entry aligned PNP, get an additional 600 points towards their overall CRS score. This effectively increase their chances to get an invitation to apply (ITA) for Canadian permanent residence in subsequent Express Entry- PNP round of invitations.

He also announced the launch of two new immigration streams – the Rural Renewal Stream and the Rural Entrepreneur Stream that are intended to encourage foreign skilled professionals and entrepreneurs to settle in rural Alberta communities.

The Rural Renewal Stream is designed for candidates who have an eligible job offer from an Alberta employer to work in a designated rural Alberta community.

The Rural Entrepreneur Stream is intended for foreign entrepreneurs who want to establish or buy an existing business in a rural Alberta community.