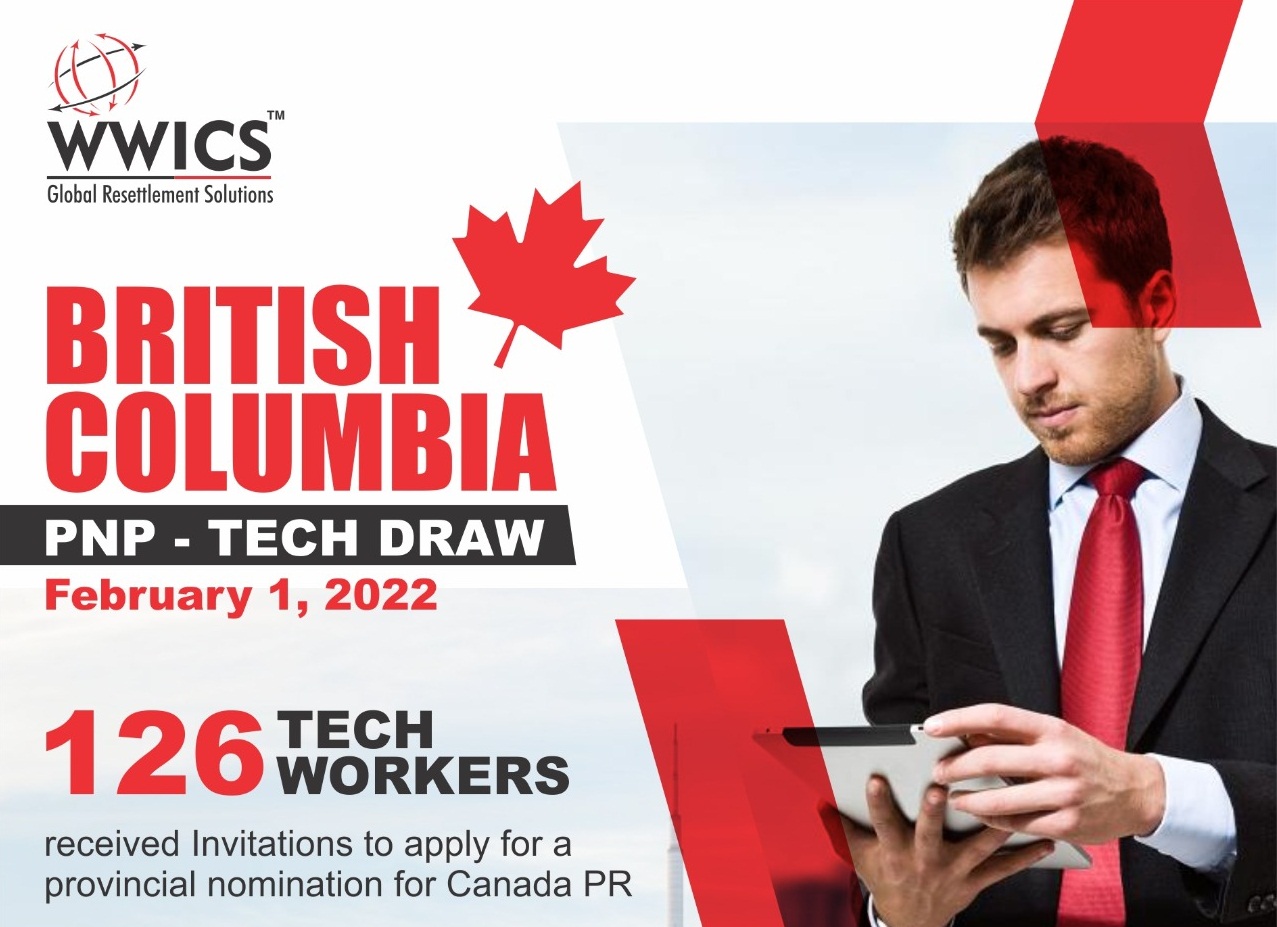 The Canadian province of British Columbia invited 126 tech candidates to apply for a provincial nomination for Canadian Permanent Residency in new immigration draw on February 1, 2022.

The invitations were issued through the BC PNP Tech – a popular immigration stream under the British Columbia Provincial Nominee Program (BC PNP), which is designed to help employers in British Columbia’s technology sector to find and select qualified international tech workers.

Candidates who received invitations in this draw were from the Skilled Worker and International Graduate subcategories of BC PNP’s Express Entry BC and Skills immigration categories and needed a minimum provincial score of 80.

Launched in May 2017 as a pilot project, the BC PNP Tech provides a fast-track immigration pathway to qualified foreign tech workers and international students, who want to become permanent residents of Canada.  Given the success of the pilot, BC PNP made it a permanent program in May 2021.

In order to apply through this stream, immigration candidates need to have a full-time job offer in one of 29 eligible tech occupations from an eligible employer in the province. The job offer must be valid for a minimum of one year with at least 120 days remaining at the time of submitting the application.

The eligible candidates need to first create a profile through the BC PNP’s online portal and register under SIRS. They must choose to apply through the Skills Immigration or Express Entry BC immigration categories.

The BC PNP will then invite top-scoring candidates who meet the eligibility requirements to apply for a provincial nomination through weekly draws conducted by BC PNP.

Candidates, who received an invitation in this draw, now have 30 calendar days to submit their complete application for provincial nomination to the BC PNP.

So far this year, British Columbia PNP has invited 840 immigration candidates to apply for provincial nomination for Canadian permanent residency.

Check your eligibility for Canadian immigration under BC PNP Tech Program!!

To find out if you’re eligible for immigration to Canada under BC PNP Tech Program, simply complete our FREE ASSESSMENT FORM! A member of the WWICS team will review your eligibility and contact you to discuss your options to immigrate to Canada!