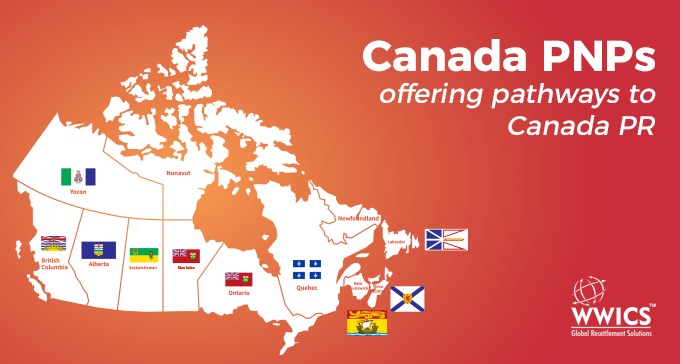 Amidst the coronavirus pandemic that has impacted immigration services around the globe; many Canadian provinces are still providing foreign workers pathways to Canadian PR.

Details of PNP draws conducted by Canadian provinces so far:

The PNP of Ontario province – Ontario Immigrant Nominee Program (OINP) has held a number of draws so far this year.

The OINP issued has issued invitations or Notifications of Interest (NOIs) to 1,440 principal applicants through the Human Capital Priorities Stream, 549 through the French-Speaking Skilled Worker Stream; and 190 through the Skilled Trades Stream.

Under its Alberta Express Entry Stream, AINP has issued invites to federal Express Entry candidates with Comprehensive Ranking System (CRS) scores as low as 300 to apply for a provincial nomination.

The province of Saskatchewan has conducted five draws so far this year under the Saskatchewan Immigrant Nominee Program (SNIP) inviting candidates from the Express Entry and Occupation In-Demand streams.

The SINP has also put in place some special coronavirus measures, which give nominees some more flexibility to request an extension of six months to apply for permanent residency with the federal government.

The British Columbia Provincial Nominee Program (BC PNP) continues to hold draws regularly, inviting candidates with job offers in the province and especially those working in the tech sector.

In fact, the province holds a Tech Pilot draws weekly, inviting candidates with job offers in 29 eligible occupations to apply for a provincial nomination.

The Manitoba Provincial Nominee Program (MPNP) has held total nine draws so far this year. Three out of these nine draws are conducted after the travel restrictions went into place on March 18.

The Nova Scotia Provincial Nominee Program (NSPNP) held its first draw of the year through its Labour Market Priorities Stream on April 27.  The draw targeted French-speaking Express Entry candidates for a provincial nomination.

However, the total number of candidates who were issued invites and minimum CRS score has not been confirmed by NSPNP.

Check your eligibility to immigrate to Canada under PNPs online!!