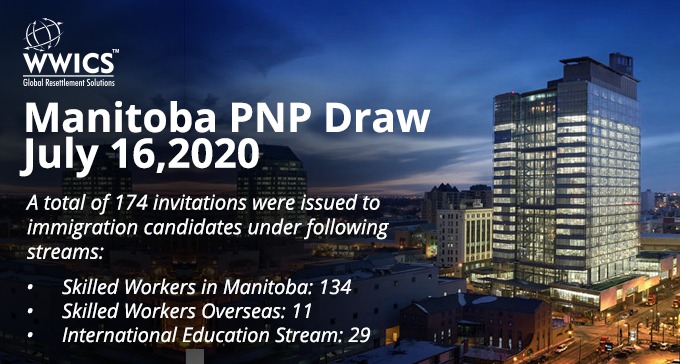 The province of Manitoba conducted its 94th Provincial Nominee Program (PNP) draw on July 16, 2020, wherein a total of 174 invitations to apply for a provincial nomination for permanent residence in Canada were issued to immigration candidates.

The invitations, which are commonly known as Letters of Advice to Apply (LAAs), were distributed among the three immigration streams of Manitoba Provincial Nominee Program (MPNP) – – Skilled Workers in Manitoba stream, Skilled Workers Overseas stream and International Education Stream.

Out of total 174 invites issued, 18 went to candidates who had profiles in the federal Express Entry system.

Manitoba has now issued total 2,634 LAAs to immigration candidates so far in 2020.