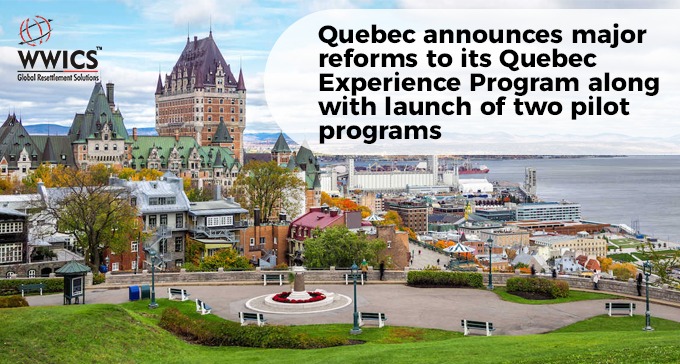 Launched in 2010, the Quebec Experience Program offers temporary foreign workers and international students that have resided in Quebec, a fast-track option to get permanent residence and settle permanently in Quebec, Canada.

List of QEP reforms announced by the Quebec government

Temporary foreign workers (TFWs) will now require having minimum 36 months of full-time work experience in the 48 months prior to submitting their application for permanent residence. Whereas, international students will now need either 12 or 24 months of work experience in Quebec to be eligible to apply under the QEP.

Spouses of primary applicants under the QEP will also need to possess spoken knowledge of French. However, this requirement will come into effect one year after the reform comes into force.

3. Courses Certificates no longer can serve as proof of knowledge of French

Certificates of successful completion of advanced intermediate level French courses that are issued by educational institutions in Quebec will no longer be acceptable as proof of knowledge of French.

Currently, the QEP has a processing standard of 20 days, however the province is now increasing the processing time of applications to a maximum of 6 months. The reason behind this reformation is the fact that the Quebec immigration wants to treat QEP and Quebec Skilled Worker Program (QSWP) candidates equally.

The above changes to the Quebec Experience Program (QEP) will come into force through its immigration regulations “in the coming weeks.”

Nurse’s aides, or beneficiary attendants, are in high demand in Quebec. Therefore, a new pilot program that will aim to bring in 550 nurses aides annually will be launched.

Artificial intelligence and information technology sectors are also booming in Quebec. The government also stated to launch another new immigration pilot that will allow the province to select 550 highly-skilled workers per year for immigration.