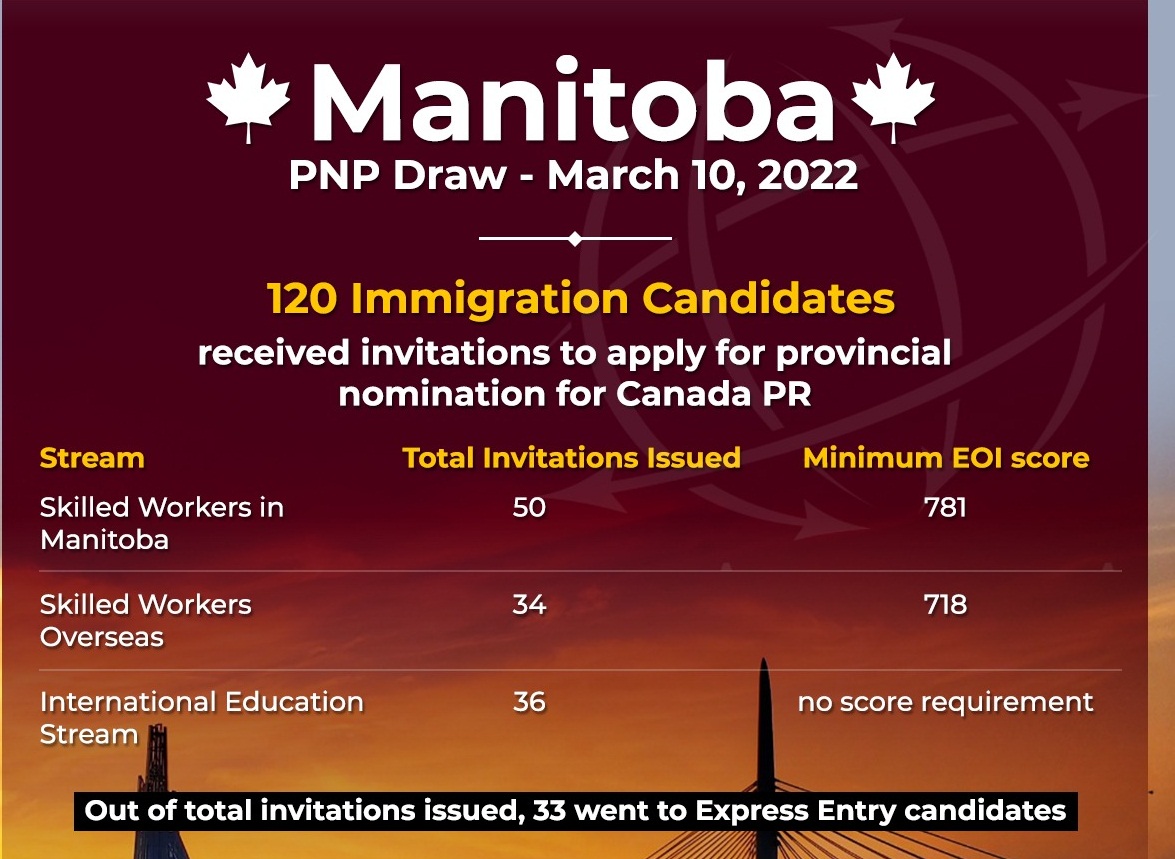 The Canadian province of Manitoba conducted its latest immigration draw under its PNP – he Manitoba Provincial Nominee Program (MPNP) on March 10, 2022.

A total of 120 candidates across three immigration streams of MPNP – Skilled Workers in Manitoba, Skilled Workers Overseas and International Education Stream received invitations, , also known as Letters of Advice to Apply (LAAs) to apply for provincial nomination for Canadian Permanent Residency in this draw.

In order to qualify to apply under MPNP, immigration candidates need to score at least 60 points according to the MPNP’s assessment criteria. They also need a connection to Manitoba such as a close relative or a family member, who is a permanent resident of Canada; previous employment or studies in the province.

STEP 3 – Following a thorough assessment, the MPNP nominates successful candidates to make a separate application to IRCC for permanent resident visas for you and your family.

If invited Express Entry candidates successfully receive a nomination from MPNP, they will automatically get 600 points added to their Comprehensive Ranking System (CRS) score.